Musing on life, IT and programming by Chris Weedall

It's my 40th this year so for my mid-life crisis I decided I'd run a marathon for the first time (as you do), so I entered Chester Marathon. Can't be that hard right, just eight and a half parkrun's? I run several times a week with the running club and consider myself "half marathon fit", I upped my weekly mileage and did three longer runs of between 20km and 27km in the months leading up to it, having never run further than a half marathon before. I also lost nearly a stone in weight which was good, in my head I visualised each 5lbs as being like carrying a 4 pint carton of milk, and didn't fancy lugging two of those for 26 miles!

On the day the weather was perfect, overcast but dry, the atmosphere was great with loads of support along the way and some good conversations on the way around. I wanted to finish in 3:45 so targeted 5:18/km pace which was fine. The going was hardest after about 14 miles, the bones in my legs were aching all of a sudden, something I've never experienced before. Then I spotted a sign a spectator had put up - "only 4 parkruns to go!!!", and I thought, I can do that, push on, and I managed to finish in 3:43. I'm really happy with that, though I was overtaken by someone dressed as Batman! 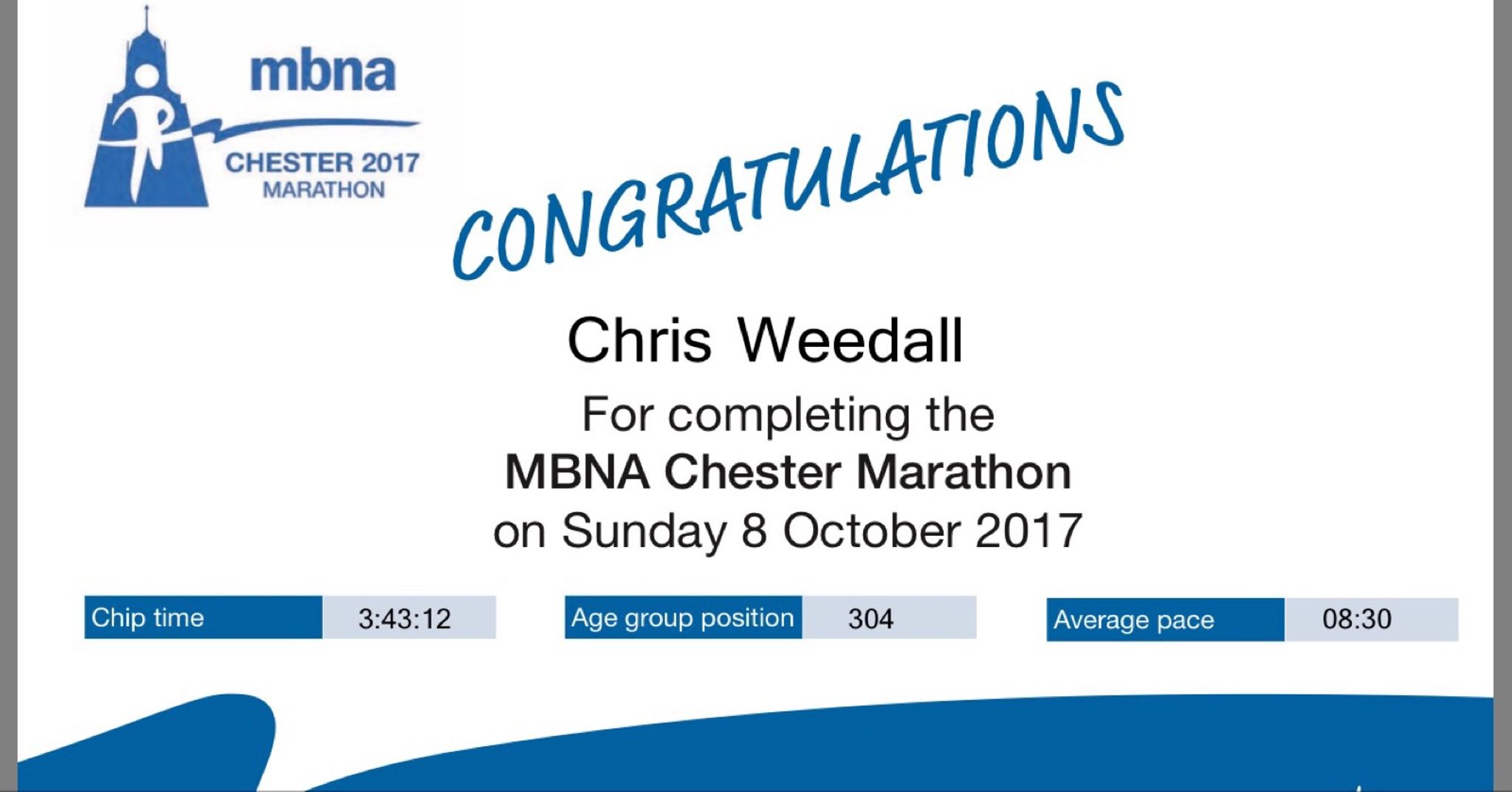